Rebranding – Budget vs no budget, freedom vs. constraints

Published by ManojRanaweera on February 10, 2010 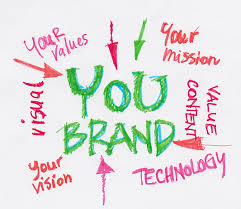 Here is my situation: no budget but total freedom.
Here is the situation of the software house: large budget (assumption) but constraints due to history and stakeholders.

With my total freedom, and given I am lazy (or clever, depending on your viewpoint), I sought the answer from Twittersphere. What should our brand be, both in terms of name, logo and strap line.

After some deliberations, Katrina Delargy (tech entrepreneur) came up with the winner which was then refined by Tim Dempsey (investor cum service provider). A new brand was born, Techcelerate. The logo concept was forwarded by Ed French (venture capitalist), which is now going through few changes to make it look liked it has been designed by WPP. Strapline will almost be “Tech Business: Accelerated”. Final change for strapline came through email via James Crawford (service provider). All those who were involved in this process were our customers. Techcelerate is a brand that could be easily understood by a first timer without knowing what services we actually delivered. A real winner, in my humble opinion!

In the case of the software house with euro 394 million revenues and 3500 employees, it was not straight forward as tapping into the wisdom of Twittersphere. They have adopted a similar line to most large brands, that is, the name does not mean anything unless the brand is built. Take Apple for example, who would know it is about a computer unless you have come across the product before. Part of the large budget can be spent on communicating and establishing the new brand and its values.

It is important that whether you intend to enable people to buy gold, computers, phones, houses or food, that your brand sits well with your target demographic. Eventually the ability of a company to have people recognise the brand without even having to think is going to benefit them in the long run, but this is crucially based on ensuring that the brand itself is accessible, memorable and geared towards the sort of people who will attach themselves to it in an act of brand loyalty. “Microsoft” is quite a straightforward, no-nonsense name, but “Apple” says casual, cool and fun-loving, and this style is reflected in their product range, a better fit than Microsoft’s overly serious branding which Apple themselves have riffed on in adverts in recent years.

This article is not about showing who is clever, but it is to show that above scenario is a fact of life. It is usual for big companies to spend significant resources in rebranding, but tools like Twitter makes the smaller companies come up with winners with no budget! Just like large companies test the brand with its customers (again at cost), Twitter allows us to do it whilst the brand is being designed.

The power of social media is immense, if you learn how to tame it…